Who was Martin Luther King Jr and why do we celebrate MLK Day?

Who was Martin Luther King?

Martin Luther King Jr was a Baptist minister, like his father and grandfather before him. He was also one of the most prominent civil rights activists in the United States and even the world. He believed in nonviolent activism and was greatly inspired by Gandhi. He led numerous non-violent protests and aimed to end discrimination, racial segregation, and gain better social and economic conditions for African Americans in the United States.

Martin Luther King Jr was often in trouble with the law. Although his protests were peaceful, they still broke many laws of the time. During this period black people were not allowed to use ‘white’ facilities and faced many discriminatory rules. This meant breaking the law as a black person was very easy. Going in the wrong store or using the wrong entrance to a building was enough to get arrested. In fact, MLK was arrested 29 times and even spent time in prison.

Martin Luther King Jr wrote and co-wrote many books. On September 20, 1958, he was signing copies of his book ‘Stride Toward Freedom’ in a store in Harlem, New York when he was stabbed in the chest by Izola Curry. She was black woman who suffered from paranoid schizophrenia. She thought that MLK was a communist and had caused her to lose her job, among other things. Thankfully the stab wound narrowly missed his aorta and MLK was able to make a full recovery. Izola Curry spent the rest of her life in a psychiatric hospital.

On March 29, 1968, Martin Luther King went to Memphis, Tennessee, in support of black sanitation workers. The workers wanted higher pay and better treatment and were on strike. MLK stayed at the Lorraine Motel – where he always stayed in Memphis. It was well known that MLK stayed at the Lorraine Motel and which room he always used. On April 04 Martin Luther King was standing outside on the balcony of his room when he was fatally shot by James Earl Ray.

What is Martin Luther King Day?

MLK Day is a federal holiday and is observed on the third Monday of January. This means that the actual date of this holiday changes each year. Although MLK Day is celebrated on a Monday, Martin Luther King Jr was actually born on a Tuesday!

After his assassination, a campaign for a federal holiday in his honor was launched. The holiday was made official in 1983 by President Reagan. The first MLK Day was observed three years later on January 20, 1986.

However, some states disagreed with naming the holiday after Martin Luther King. Some avoided calling it MLK Day and gave it an alternative name like “Civil Rights Day” or “Equality Day”. Finally, in the year 2000 all 50 states officially observed MLK Day for the very first time.

In the United States only three people have days in their honor: Christopher Columbus, George Washington, and Martin Luther King.

This year on MLK Day, a huge 22-foot (6.7 meter) bronze statue called “The Embrace” honoring Martin Luther King and his wife, Coretta Scott King was unveiled in Boston. It was reported that the sculptor Han Willis Thomas was inspired by a photograph of Martin Luther King hugging Coretta Scott King after winning the 1964 Nobel Peace Prize. The Embrace is not the first statue honoring Martin Luther King. In fact, there are many hundreds of sculptures across cities in America. One of the biggest is located at the National Gallery in Washington DC. Students who participated in Zoni’s DC field trip in 2022 were able to view this statue firsthand. 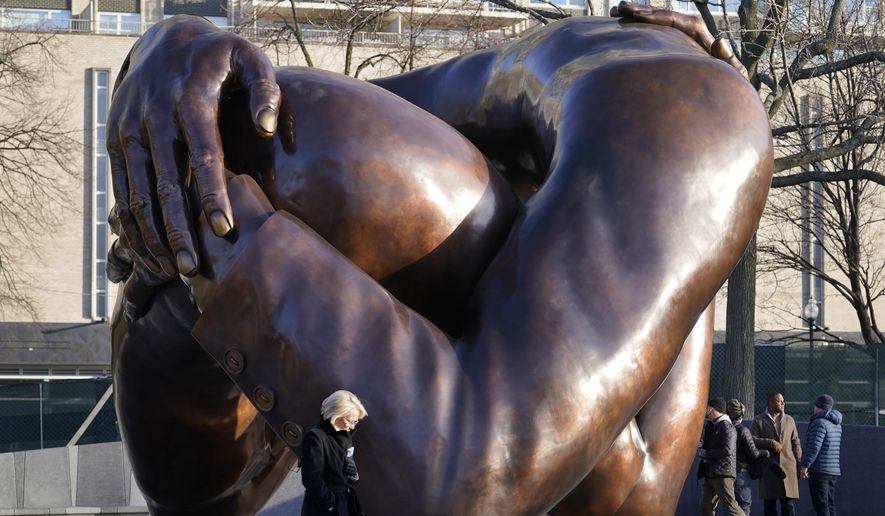 
Not only did MLK write a number of books, but he was also a renowned orator (public speaker). Any time he was due to give a speech, many thousands of people crowded to hear what he had to say. The most famous of all his speeches was his "I Have a Dream" speech. On August 28, 1963, more than 200,000 people of different races gathered peacefully beside the Lincoln Memorial to demand equality for all citizens under the law. It was at this assembly that Martin Luther King delivered this iconic speech. It is regarded as one of the finest speeches in American history and helped put a spotlight on civil rights and paved the way for the Civil Rights Act of 1964.

Martin Luther King was an exceptional speaker. He spoke clearly, well-paced and in a way that all people could understand. Listening to his speeches are a wonderful way to practice your listening comprehension, while also learning about this important time in American history.

The entire “I have a dream” speech is 17 minutes long and can be watched here [ https://www.youtube.com/watch?v=smEqnnklfYs ].

You can watch the “I have a dream” part – the most famous part – with subtitles here [ https://www.youtube.com/watch?v=smEqnnklfYs ].

If you would rather read his speech, you can find it below:

"I say to you today, my friends, so even though we face the difficulties of today and tomorrow, still have a dream. It is a dream deeply rooted in the American dream.


I have a dream that one day this nation will rise up and live out the true meaning of its creed: "We hold these truths to be self-evident: that all men are created equal."


I have a dream that my four little children will one day live in a nation where they will not be judged by the color of their skin but by the content of their character.


I have a dream today.


I have a dream that one day, down in Alabama, with its vicious racists, with its governor having his lips dripping with the words of interposition and nullification; one day right there in Alabama, little black boys and black girls will be able to join hands with little white boys and white girls as sisters and brothers. 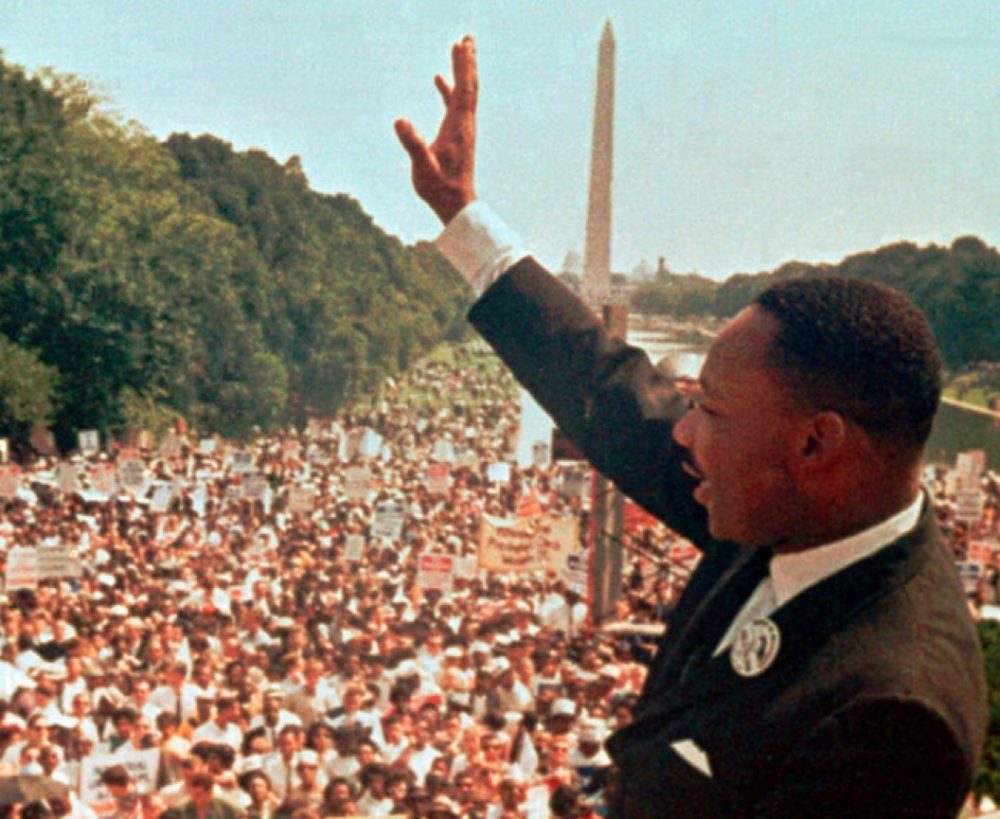 Martin Luther King was one of the most important figures in the creation of the free America we all know, love, and enjoy today. We can learn a lot from Martin Luther King, and we celebrate his day to remember his immense contribution to civil rights. Former President Ronald Reagan once said:

We are proud to announce that all Zoni Language Centers facilities were reopened for in-person classes on August 24, 2020. We have fully resumed in-person English language classes at all course levels. Zoni has carefully and deliberately eased restrictions according to the guidance from federal and state agencies, while ensuring that critical public health safeguards remain in place. Starting June 28, 2021 all our academic tours and students’ activities will be restored. Activities calendar will be published by June 21, 2021. Stay tuned on our social media!

We want to welcome back our students. Your courses are available as usual!

Zoni’s Virtual Live Campus continues its online teaching for students interested in starting or continuing their English learning from their location/s through our virtual platform. Here is an update from SEVIS for F1 students with visa in the US: “The Student and Exchange Visitor Program (SEVP) will extend the guidance originally issued in March 2020 for the 2021-22 academic years. This guidance enables schools and students to engage in distance learning in excess of regulatory limits due to the continuing public health concerns created by COVID- 19.”

Students and employees who are still concerned about eased restrictions can look into the following recommendations:

We’re working diligently to adapt to new reality and circumstances while continuing to plan for future. Our staff and students have always been the heart of our institution. We’re grateful for your ongoing support.

Our admissions representatives are readily available for enrolling and helping you by phone and/or electronically. Do not hesitate to reach us at cpoon@zoni.edu or via phone at 212-736-9000. You can also contact our International Student Advisor at dso@zoni.edu

As a reminder, our focus is to keep our students/staff safe, and sustain our organization’s continuity so that we can help achieve success together.

Some additional information for our new future students: For more than 30 years now, thousands of students have trusted Zoni to learn and improve their English skills and we have successfully fulfilled their expectations.

Zoni has an open enrollment system with a rolling admissions policy. As an open enrollment English institution, students with little knowledge English can begin their English courses on the following Monday after enrollment. A calendar of start dates is also provided for beginner students.

If we need to start classes earlier than scheduled, based on student demands and interests at a specific time schedule, it will do so to accommodate students. If we need to open a course in any proficiency level, based on the results of placement tests, we can do that as well.

Zoni offers a variety of flexible programs of different lengths, days, and schedules so that everyone may have the opportunity to learn English at a time that fits their busy schedules. Please ask our representatives for more information to select the best option for you.

Thank you for your trust and cooperation.